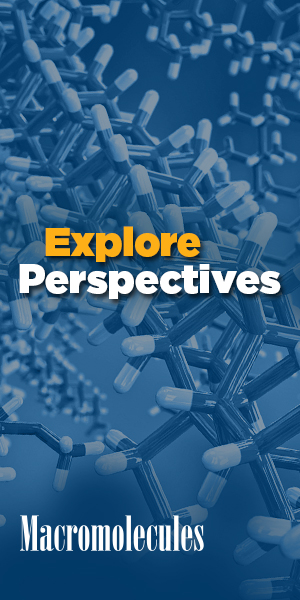 Click on an image to read the BIOGRAPHY and the ABSTRACT of each individual Plenary Speaker. 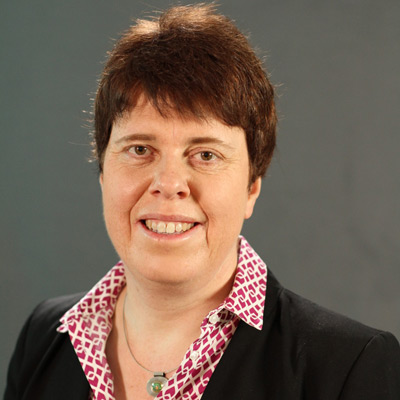 Katharina Landfester received her doctoral degree in 1995. After a postdoctoral stay at the Lehigh University (Bethlehem, PA), she worked at the Max Planck Institute of Colloids and Interfaces in Potsdam (Germany) leading the miniemulsion group. From 2003 to 2008, she was a full professor at the University of Ulm. She joined the Max Planck Society in 2008 as one of the directors of the MPIP. She was awarded the Reimund Stadler prize of the German Chemical Society and the prize of the Dr. Hermann Schnell Foundation, followed by the Bruno Werdelmann Lecturer in 2012 and the Bayer Lecturer in 2014. Her research focusses on creating functional colloids for new material and biomaterial applications. She has published more than 600 papers in international journals, 30 reviews and holds more than 50 patents.

Since many years, there is a quest for minimal cells in the field of synthetic biology, potentially allowing a maximum of efficien­cy in biotechnological processes. Although the so-called “protocells” are usually referred to in all papers that attempt a cumulative definition of Synthetic Biology, research in this area has been largely under-represented. Our aim is at developing vesicular structures, i.e. protocells, based on block copolymer self-assembly and engulfed nanocontainers with incorporated functions, such as energy production and the control of transport properties through nanomembranes. Therefore, we have designed and developed nanocapsules that act as cell-like compartments and can be loaded with enzymes for synthetic biology and chemistry. The encapsulation and release of a great variety of other payloads, ranging from hydrophobic to hydrophilic substances has been successfully achieved in a highly controlled manner and with an unmatched high encapsulation efficiency. It will be also shown how the interaction of the nanoparticles and nanocapsules with synthetic and biological matter is influenced by the characteristics of the nanoparticles and nanocapsules for application in nanomedicine. In addition, self-assembly of well-defined diblock copolymers has been used to generate polymersomes and hybrid liposomes/polymersomes for the artificial cell formation. Both strategies allow the compartimentalization on the nano- or microscale and conducting enzymatic or chemical reactions in the confinement of the polymersomes/ nanocarriers. New block copolymers and permeable nanocarriers have been synthesized and optimized. With these protocols we were able to establish an enzymatic reaction cascade within droplet-based compartments. These compartments can act as cell-like functions to regenerate NAD. For these tasks, novel conductive polymer nanoparticles have been developed which will be included into the protocells for the NAD regeneration by light. Enzyme-complexes are assembled that will fulfill these requirements. 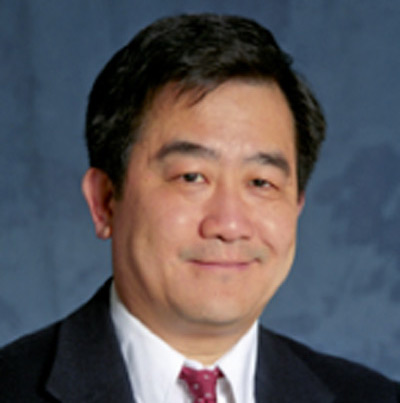 Alex Jen is the Lee Shau Kee Chair Professor of Materials Science and Director of the Hong Kong Institute for Clean Energy, City University of Hong Kong. He also served as the Provost of CityU during 2016-2020. He received his B.S. from the National Tsing Hua University in Taiwan and Ph.D. from the University of Pennsylvania in the USA. Before arriving the CityU, he served as the Boeing-Johnson Chair Professor and Chair of the Department of Materials Science & Engineering at the University of Washington, Seattle. He was also appointed as Chief Scientist for the Clean Energy Institute endowed by the Washington State Governor. He is a distinguished researcher with more than 950 publications, 70,000 citations, and an H-index of 135. He has also co-invented 63 patents and invention disclosures. His interdisciplinary research covers organic/hybrid functional materials and devices for photonics, energy, sensors, and nanomedicine.

For his pioneering contributions in organic photonics and electronics, Professor Jen was elected as an Academician by both the European Academy of Sciences and the Washington State Academy of Sciences. He is also a Fellow of several professional societies, including AAAS, MRS, ACS, PMSE, OSA, SPIE. He was named by the Times Higher Education (THE) in 2018 as one of the “Top 10 university researchers in Perovskite Solar Cell Research”. In addition, he was recognized by Thomson Reuters as one of the "World’s Most Influential Scientific Minds of 2015 and 2016 and as a "Highly Cited Researcher" in Materials Science from 2014-2020.

Achieving net-zero carbon emission goal by 2050 for sustainable environment is strongly dependent on targeted R&D and technological innovations that are cleverly designed in critical areas of clean energy.

Organic conjugated materials and perovskite semiconductors are two types of non-conventional semiconductors that have immense potential for important applications. For example, they can be used in printable solar cells for scalable solar energy, light-emitting diodes for displays and solid-state lighting, and electro-optics for low energy consumption and ultrafast information processing in internet and data centers. They possess several advantages such as novel semiconducting properties that are comparable to those of the inorganic counterparts but easier processability, where low-temperature solution processing via high-throughput printing techniques like spray coating, evaporation, blade coating, and slot die roll-to-roll (R2R) coating can be used for manufacturing at scale. Their derived devices also offer great versatility in form factor for flexible, semi-transparent, and color-tunability. These variants are pivotal for diverse applications for energy, communication, aviation, military, and healthcare.

In this talk, synergies between innovative solar energy generation and energy-saving applications will be discussed as an integrated strategy to tackle severe challenges of global energy demands and climate changes to ensure a sustainable environment. 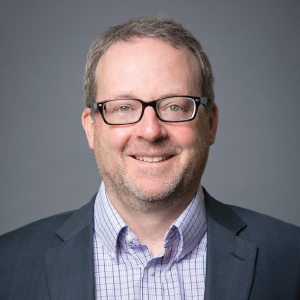 Geoffrey W. Coates received a B.A. degree in Chemistry from Wabash College in 1989, a Ph.D. in organic chemistry with Robert Waymouth at Stanford University in 1994, and was an NSF Postdoctoral Fellow with Robert Grubbs at the California Institute of Technology. He joined the Cornell University faculty in 1997, where he is now the Tisch University Professor.  Professor Coates has been awarded the A. C. Cope Scholar Award, the ACS Award in Affordable Green Chemistry, the Hach Award For Entrepreneurial Success, the Applied Polymer Science Award, and the Carl S. Marvel Creative Polymer Chemistry Award. In 2011 he was inducted into the American Academy of Arts & Sciences. In 2017, Prof. Coates was elected to the National Academy of Sciences and the National Academy of Inventors. He is the scientific co-founder of Novomer, Ecolectro, and Intermix Performance Materials, and is an Associate Editor of Macromolecules.

Abstract: Society depends on polymeric materials now more than at any other time in history. Although synthetic polymers are indispensable in a diverse array of applications, ranging from commodity packaging and structural materials to technologically complex biomedical and electronic devices, their synthesis and disposal pose important environmental challenges. The focus of our research is the development of sustainable routes to polymers that have reduced environmental impact. This lecture will focus on our research to transition from fossil fuels to renewable resources for polymer synthesis, as well as the development of polymeric materials that exhibit lower post-use impact on the environment. 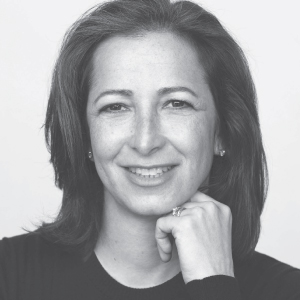 Molly Shoichet is a University Professor, a distinction held by less than 2% of the faculty, at the University of Toronto. Dr. Shoichet is actively engaged in translational research and science outreach. She co-Founded AmacaThera in 2016 and serves as CSO, taking an invention from her lab into clinical trials in 2021. She served as Ontario’s first Chief Scientist in 2018 where she worked to enhance the culture of science. Dr. Shoichet has published over 650 papers, patents and abstracts and has given over 420 lectures worldwide. She currently leads a laboratory of 30 and has graduated 220 researchers. Her research is focused on drug and cell delivery strategies in the central nervous system (brain, spinal cord, retina) and 3D hydrogel culture systems to model cancer. Dr. Shoichet is the recipient of many prestigious distinctions and the only person to be inducted into all three of Canada’s National Academies of Science of the Royal Society of Canada, Engineering and Health Sciences. In 2018, Professor Shoichet was inducted as an Officer of the Order of Canada and in 2011, she was awarded the Order of Ontario. Dr. Shoichet was the L’Oreal-UNESCO For Women in Science Laureate for North America in 2015, elected Foreign Member of the US National Academy of Engineering in 2016, won the Killam Prize in Engineering in 2017, elected to the Royal Society (UK) in 2019 and awarded the NSERC Herzberg Gold Medal in 2020. Dr. Shoichet received her SB from the Massachusetts Institute of Technology (1987) and her PhD from the University of Massachusetts, Amherst in Polymer Science and Engineering (1992).

We are interested in designing polymers to answer questions in biology and solve problems in medicine. This has led us to consider the biology first and design our polymers to meet these criteria. We are focused on the design and synthesis of polymers for applications in cancer and regenerative medicine in the central nervous system. For example, we are particularly interested in emulating the microenvironment in which cancer cells grow and to this end invented a series of hyaluronan-based hydrogels in which to grow cancer cells in the lab. Key to these studies is validating our systems to ensure their relevance to disease modeling. At the same time, we have invented other hydrogels for cell and therapeutic delivery to the brain, spinal cord and retina at the back of the eye where we aim to regenerate tissue lost due to disease or injury. I will highlight these strategies that start with “I wonder if” questions and advance towards practical strategies.

Click on an image to see the biography of the speaker. 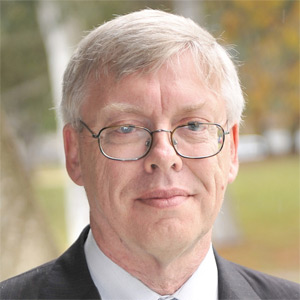 Graeme Moad obtained his BSc (Hons, First Class, 1974) and PhD (1978) from the University of Adelaide in organic free radical chemistry. Between 1977 and 1979, he undertook post-doctoral research at Pennsylvania State University. He joined CSIRO in 1979 where he rose through the ranks to now be a CSIRO Fellow. Dr Moad is (co)author of over 240 publications, co-inventor on 38 patent families, co-author of the book “The Chemistry of Radical Polymerization” (1995, 2005, 3rd edition in preparation) and co-editor of “RAFT Polymerization” (2021). His research interests lie in the fields of polymerization mechanisms, and polymer design and synthesis. Among his achievements is convention of RAFT polymerization. In recognition of his work Dr Moad was awarded a CSIRO medal in 2003, the RACI Battaerd-Jordan Polymer Medal in 2012, an ATSE Clunies Ross Award and a Thomson-Reuters' Citation Laureate in 2014, a Warwick University IAS Fellowship, a CSIRO Newton-Turner award and a Thomson-Reuters' Highly Cited List in 2015, the AAS David Craig Medal in 2020. Dr Moad is currently also an adjunct professor at Monash University, and an honorary professor at the Beijing University of Chemical Technology. He is a Member of the IUPAC Polymer Division (Titular member 2012-2015, Associate member 2016-2021, ICTNS Rep 2012-2021). He is a Fellow of the Royal Australian Chemical Institute, the Australian Academy of Science (elected 2012) and the Australian Academy of Technology and Engineering (elected 2021).

Much recent work by ourselves and many others has been directed at controlling and improving the initiation process in RAFT polymerization. Initiation (and termination) are side reactions and the source of many issues. Some of the first examples of RAFT polymerization involved generation of radicals directly from the RAFT agent.

With due attention to detail, radical generation by photo- or redox-induced dissociation of the RAFT agent can provide high purity, low dispersity single-unit insertion products, oligomers, and  polymers free from low molar mass initiator-derived by-products. Kinetic simulation allows us probe the differences between these processes and thermal, e.g., dialkyldiazene, initiation. Now RAFT too can benefit from the persistent radical effect.

Electrochemically-initiated emulsion RAFT polymerization (eRAFT) agent provides rapid polymerization to form low dispersity polymers at ambient temperature. Success in this case is attributed to the electrolyte and initiator/mediators required for eRAFT being located in the aqueous continuous phase separate from the macroRAFT agents being formed in the dispersed phase.

© 2021 IUPAC-MACRO2022, The 49th World Polymer Congress | Privacy Policy
Conference Newsletter
Subscribe to the Newsletter to receive important information about the upcoming Conference.
Thank you! We look forward to connecting soon.
Click here to close this window
Whoops, looks like there was an issue with one of the fields above - please review above.
X